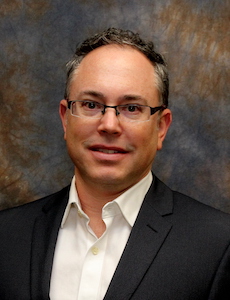 Daniel Tenenbaum is the founding principal of Pacific Crest Realty (PCR). Since 1995, he has overseen all PCR activities including the acquisition and management of multifamily housing in Los Angeles. Under his leadership he has acquired real estate holdings valued at over $150 million and managed over 1,200 apartment units. Mr. Tenenbaum has his real estate broker’s license in the State of California and is Vice-Chair of the Advisory Board of the California Apartment Association of Los Angeles.

While at PCR, Daniel has been focused on how to use his expertise in multifamily housing to improve the Los Angeles community. Daniel has been an advocate for improving programs to house the homeless at Home for Good, a partnership of United Way of Greater Los Angeles and the Los Angeles Area Chamber of Commerce. As head of PCR, he has also housed over 10 previously homeless individuals in the apartments he oversees. He is also engaged in promoting new ways of creating affordable housing that leverage the existing housing stock rather than more expensive new-construction projects.

In addition Mr. Tenenbaum is the Chair of the Jewish Venture Philanthropy Fund, an entrepreneurial giving circle that has donated over $2 million to deserving non-profits including Food Forward’s LA Wholesale Market Recovery Program and Jewish World Watch’s efforts to end genocide. Daniel is also on the boards of the Breed Street Shul Project in Boyle Heights and transportation advocate group Move LA.

Prior to starting PCR, Daniel had worked in various capacities for The Walt Disney Company, IBM and Proctor & Gamble in the US, Canada and France. Daniel obtained his master’s degree in business administration from Harvard Business School and a bachelor’s of commerce degree from McGill University. While at McGill, he was President of the Student Society, representing over 25,000 undergraduate and graduate students.

Daniel resides in Los Angeles. He is fluent in French and conversant in Spanish and Hebrew.

Commissioner Tenenbaum was appointed to the Board on September 13, 2016.