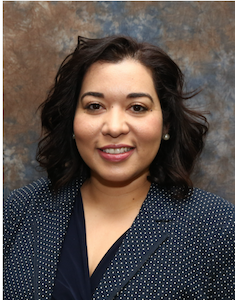 In the community, Noramay is also a lead investor in Portfolia's Rising America fund investing in Latinx, Black and LGBTQ founders, an advisory board member of the Homeboy Industries Ventures and Jobs Fund, and a founding board member of LatinxVC, an organization increasing the Latino ecosystem of funders and founders.

In 2020, she was named one of 50 renowned women in robotics and one of the top 100 influential Latinas in the United States. Noramay is a Kauffman Fellow and holds a MBA, a Master’s in Engineering Systems and a Bachelor’s in Mechanical Engineering – all from the Massachusetts Institute of Technology (MIT).

Cadena currently resides in the Los Angeles area with her husband and two children. Commissioner Cadena was appointed to the Board on December 14, 2016.